The NAA can be best understood as a Psychopathic or Sociopathic personality or identity profile with a Lack of Empathy that has no feelings of remorse.

Narcissistic Personalities and Psychopaths have little to no remorse for the harm, destruction or killing they cause any person place or thing. This is described as a Lack of Empathy, which is characterized by the inability to feel, experience emotional states, or discern what another life form may be feeling. Lack of Empathy is a mutation in the DNA of a species that has been disconnected from its Soul-Spirit, and thus suffers from genetic damage and Soul Fragmentation.

Most of the Negative Aliens and those humans serving the NAA are unable to feel, experience or express higher emotions, such as emotive and empathetic states of loving kindness or Compassion. Essentially, with a Lack of Empathy as a AD value system, it is easy to program killing machines that have no remorse for their actions nor care of the consequences to their actions.

The Negative Aliens have downloaded their genetic mutations through Mind Control technologies which manifest as a severe Lack of Empathy within the collective consciousness of the human race, in order to control the planet to serve their agenda. A major control mechanism is to enforce the cycles of Victim-Victimizer in the population of earth.

From the genetic level of their form-bodies template, Lack of Empathy is stemming from not having an emotional body, of which the higher feeling and emotional-sensory bodies are the primary functions of the Soul Matrix. Without a soul body this type of disconnected being, whether human or non-human, has no feeling body except for the lower functioning of the Instinctual Mind. The 2nd Chakra functions as the Instinctual Mind and this becomes the substitute for the instinctual levels that are expressed in some type of perceived emotional state. In truth, this Instinctual Mind aka Pain Body is not an emotional body, it has been mutated from soul damage and become a distorted center of aberrant Miasma energies and instincts that are misunderstood as “emotions”. These states are not true self generated emotions, they are instinctual states absorbed through the collective consciousness.

One may not experience true states of love or emotional spectrums until they begin to connect with their Soul Matrix bodies or have been able to experience a loving, and open heart center 4th Chakra from being incarnated with this Soul-Spirit connection. Many have lost their soul connection from early experiences of extreme trauma and suffering, SRA, abuse, child rape and molestation, etc. This abuse starts at childhood by the Archontic Deception Behaviors strategy of the NAA to create a cycle of repeated Victim-Victimizer in the population of earth. When a human is either consistently victimized as young as possible, s/he grows into a victimizer. This enforces the repetition of this abusive pattern to create more narcissists, psychopaths, and traumatized people.

The heart center is the connection point for the soul. Some genetics are able to have this capacity to feel and have an open heart, more than others. Those genetics that are fully capable of feeling and generating love and higher emotional states are those that have retained their inner spirit’s Christ Seed Atom.

The Death Culture is used to promote these destructive lifestyles in order to permanently damage the heart, damage the Soul and Brain into some kind of form of fragmentation or dissociation. Dissociative behaviours eliminate all traces of true human empathy and remove the accountability towards the ethical implication that is behind the operations of the current world social, political, military, corporate structures in order to carry this out, in order to manifest internal walls of separation because fragmentation and Compartmentalization is also very much related to the creation of internal walls of separation. This is something that exists in us, can exist in us in terms of our light body. When these internal walls of separation are built in our 1st, 2nd or 3rd chakra this is when people can have extreme trauma.[1]

Sociopaths are masters at influence, Emotional Manipulation and deception. Very little of what they say actually checks out in terms of facts or reality, but they’re extremely skillful at making the things they say sound believable, even if they’re just making them up out of thin air. Sociopathic people are masters at weaving elaborate fictional explanations to justify their actions. When caught red-handed, they respond with anger and threats, then weave new fabrications to explain away whatever they were caught doing.

Compassion and sympathy are two terms that many associate with empathy, but all three of these terms are unique. Compassion is an emotion we feel when others are in need, which motivates us to help them. Sympathy is a feeling of care and understanding for someone in need.

Altruism or Humanitarianism is the behavior of Service to Others that has a capacity to feel empathy and compassion for others and is aimed at benefiting another person, group or the planet. Egotism is a behavior that is acted out for personal gain or Service to Self.

Since empathy involves understanding feelings or the capacity to feel the emotional states of other people, the way emotions are characterized in one’s personal experience is how the emotions will be characterized for others having similar experiences. The ability to imagine oneself as another person in their position and be able to feel what they may be feeling in those circumstances,(standing in another persons shoes) is a sophisticated imaginative process which develops Compassion.

Humans seem to make the same immediate connection between the tone of voice and other vocal expressions and inner feeling. Empathy is distinctly different from sympathy, pity, and emotional contagion. Sympathy or empathic concern is the feeling of Compassion or concern for another, and the wish to see them better off or happier. Pity is feeling that another is in trouble and in need of help as they cannot fix their problems themselves, often described as “feeling sorry” for someone. Emotional contagion is when a person (especially an infant or a member of a mob, group consciousness) imitatively “catches” the emotions that others are showing without necessarily recognizing this is happening.

When we look at the larger Galactic picture of consciousness enslavement, we see the NAA’s many pronged agenda to target the brain, CNS and thought forms of every person on earth. Through the agenda of Transhumanism, we see the promotion of hybridization and synthetic integration with artificial neural networks for control over the CNS and Brain. What is starting to surface with more clarity is that our human Neurobiology is wired for empathy, which connects us to higher consciousness and has a spiritual function. The NAA and their minions of soulless AI infected synthetic beings do not have the bio-circuitry for empathy. We are in essence, in a struggle between human EMPATHS, and alien hybridized humans and extra-dimensional aliens that are NON-EMPATHS. [3] 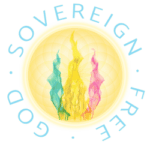 The Information Presented in the Ascension Glossary reflects the Guardian Perspective of the Ascension Timeline (2012 Timelines and Beyond) intended as support, both energetically and educationally, for the Galactic Families of Humanity.

I discovered the Ascension Glossary by following a link on another site (I forget where). It was a watershed moment for me. AG remains THE go-to authority for disclosure and making sense of our experience being born into a prison planet, and as we begin to remember the truth of who we truly are on this new amazing timeline.  I collect and share knowledge freely; it’s fundamental to my soul and who I AM. The more we share, the more opportunity for us all to learn and grow. I wish you well on your journey, dear reader. You won’t go wrong bookmarking the ascension glossary for your own awakening.  – Kitty 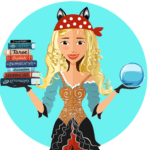